One of the most frequently asked question among viewers of Trumpland, the greatest reality show in the history of television, is what motivates the people who defend its star.

It makes sense that sleazebags like Sean Hannity are in it for the money, as are the paid sycophants who debase themselves daily. But why do career politicians, successful business people and even military generals, all of whom already have money and status, sacrifice their reputations and legacies for a malignant, mentally unhinged, mango megalomaniac?

I have no answer except that Donald Trump is the most compelling television villain of all time. And that includes fictional soap operas like Dynasty and Dallas. J.R. couldn’t shine Trump’s loafers when it comes to duplicity and far-reaching malevolence. Forget about bankrupting rival tycoons and debauching socialites, Trump has the stature and capacity to corrupt and degrade on a global level. Not to mention his uncanny ability to metastasize his malignancy to any seemingly respectable person who enters his orbit.

Even given his ‘genius’ for entangling others in his web of nastiness, he couldn’t carry the 24/7 show himself. His backup cast is to die for.

Trump flaunts his Barbie trophy-wife on his arm like an over-the-top diamond-encrusted designer watch; his favored daughter is a callow, conspicuous consumer of her own tacky Made-in-China fashions; his shallow sons, emasculated and greasy, do their father’s dirty dealing on command; his falsetto-voiced, skinny-suited son-in-law, who absorbed the art of murky financial dealings on the knee of his felonious father, exudes the precise amount of limp-wristed ineptitude to make him seem truly sinister.

And that’s just the immediate family, all of whom might be indicted in future episodes, except perhaps for Melania, who cannot be prosecuted for taking up the oldest profession in the Biblical books.

Trumpland viewers are treated to a congo line of cowardly Republicans who dance to his frenetically crazy tune as if they are monkeys performing for a mad orange organ grinder.

House Speaker Paul Ryan, the devout Catholic who weekly demonstrates a miracle to his fellow Church congregants by walking upright to his pew without a spine, has attached himself to a thrice-married philanderer and admitted sexual predator with the devotion of a prepubescent altar boy to the Virgin Mary. Great role model for the teens in the parish Catholic Youth Organization, Paul.

Senate Majority Leader Mitch McConnell, the turtle-like political schemer and ultimate swamp creature, emerges from his jowls intermittently to croak positively about a President he loathes, before retreating into the folds of skin in silent acquiescence as his Republican lawmakers trash patriotic Americans serving in the FBI and intelligence communities.

General Michael Flynn gave up a life of fancy dinners with dicey foreign leaders and all-expense paid travel abroad to throw his three-star respectability into Trump’s collection basket of half-baked buns. He began his association with the Evil Orange Clown by transmogrifying his military bearing into mouth-frothing shouts of ‘Lock Her UP’ and will likely end the relationship behind bars whimpering ‘Let Me Out’.

Sean Spicer, who before meeting Trump had carved out a respectable career as a slightly bent spoke in the GOP propaganda wheel, threw his future job prospects to the winds of political expediency by publicly blowing his boss with the “yours is bigger than his” pronouncement at his first official press conference.

Reince Priebus, the weak-kneed lifelong Republican hack, emerged from the shadowy obscurity of dim GOP backrooms to fizzle out under the relentless glare of the Trump sun, his big boy political pants sagging above the crack of his ass as he shuffled off to search out a book agent.

Steve Bannon, the messy Machiavellian menace behind Trump’s rise to Conman-in-Chief, rose from the White Nationalist bully pulpit that is Breitbart News to a White House desk within slobbering distance of the Oval Office. He put in 18-hour days pulling his political puppet’s strings with a mix of feigned fealty and obsequiousness only to find himself back at Breitbart when he ran afoul of the kids, and is now scanning the job classifieds with Reince, Sean and Michael. Job hunting tips for Sloppy Steve—get a haircut, wash your face, shave and camouflage that overflowing belly with an untucked shirt.

Attorney General Jeffrey Beauregard Sessions, the Evil Elf of Alabama, swallowed his southern pride and took shelter under the nearest toadstool as the boss heaped insult and humiliation upon him for the Russia recusal. He held his low ground to do the important work of harassing ‘bad people’ who smoke pot but eventually forfeited his elfin manhood in entirety by acceding to the boss’s demand to go after the Clintons and find dirt on the director of the FBI. Where does an evil elf go when the kingdom collapses?

Anthony Scaramucci, media pundit, businessman, financier, opportunist and human pinky ring, sold his profitable company to serve a man whose venality he came to idolize only after he won the Presidency. The Mooch swaggered into the media spotlight and unashamedly put his lips to the boss’s ample ass at his first press conference with flattery that went so far beyond the pale that even casual observers were left blushing. It was all for naught as the Mooch found himself muttering profanely at the unemployment agency even before officially undertaking his new White House job.

Secretary of Health Tom Price, the good doctor of the stock market swindle, graduated from allegations of insider trading while serving in the Senate to fraudulent use of government airplanes for personal business during a brief stay in the Cabinet. His political career crash-landed when the boss uttered the words that gave him a woody watching The Apprentice—”You’re fired.”

Sweet talking southern belle Sarah Huckabee Sanders perfected the art of man-flattering and lying with straight-faced innocence, but likely won’t be up for the part of Scarlet in any remake of Gone with the Wind. She doesn’t seem like Rhett Butler’s type.

The one person in Trumpland who may have a future after impeachment is Stephen Miller, the dead-eyed Trump defender whose occasional emergence from his White House lair to do Sunday talk shows, scares the bejesus out of Liberals and even centrist Republicans. Miller might not have much of a future in drafting bills or writing speeches, but he’ll never be out of work as long as Hollywood is making movies with evil Nazi characters. 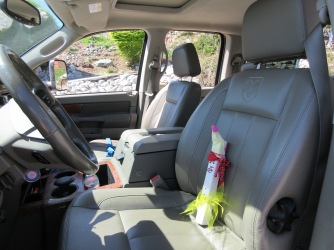 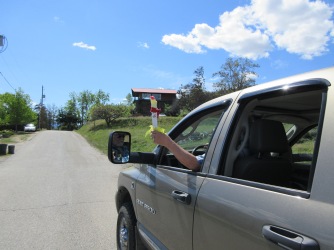