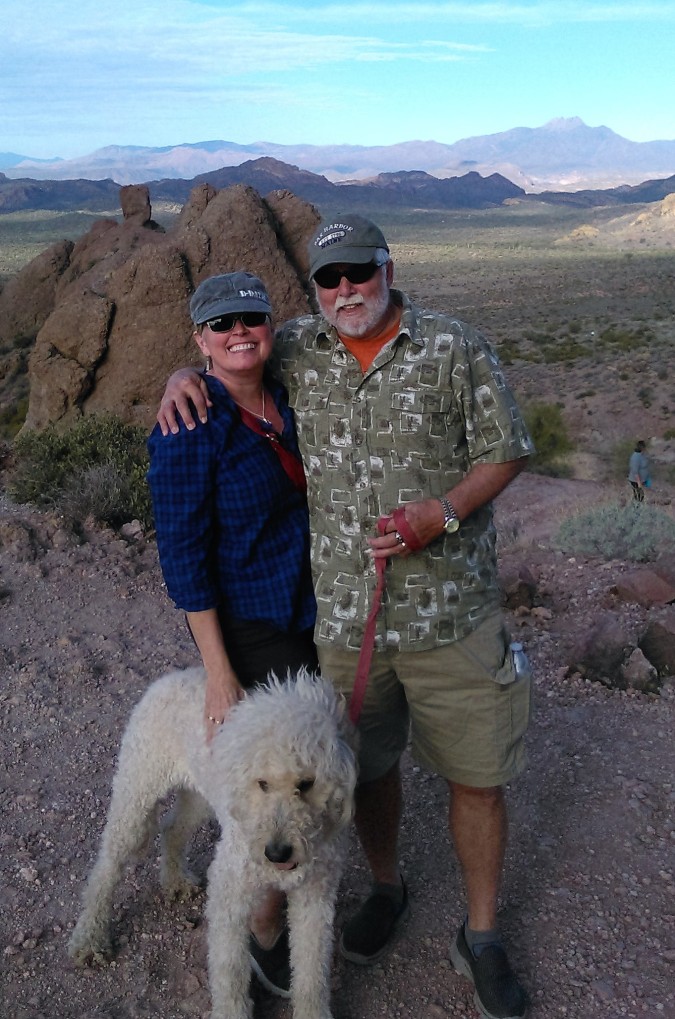 Winter-time in Arizona minus the annoying snow

Hey, hey, my, my
Rock and roll will never die

They bring in the New Year at 10 p.m. in the snow geezer parks in Mesa, coinciding with the dropping of the disco ball in Times Square two time zones to the east. Most of the elderly celebrants are played out by then, having danced the early evening hours away to tunes from the 50s, 60s and 70s played by balding, grey-haired rockers who rest their guitars on their expanded midsections between songs to take the strain off aging shoulders.

This is not to say the musicianship is subpar. Most of the players have been at it for 50, even 60 years, many having played in bands in their youth before the responsibilities of growing families cut their musical careers short. Lack of practice time together is offset by the joy the players take in their second chance in the rock and roll limelight and the enthusiasm of an audience whose hearing aids lack the fine tuning to pick up the occasional off key notes.

Familiar tunes from eras long past set toes tapping in even the crustiest boomers (the Dude excepted) and the dance floor fills up as the first notes of old standbys are instantly recognized. Nothing gets the juices flowing through collapsed veins like Neil Diamond’s Sweet Caroline. “So good. So good.” But the night’s most memorable moments play out during the ballads, when couples embrace the passage of time with practised formality, gliding in perfect step to the Carpenters, syncopated testimony to their love having endured all the trials and tribulations life could throw their way. It’s enough to bring a tear to even the most cynical eye and the Dude leaves a chili dip trail on his cheek as he dabs away with the napkin he used to wipe his moustache only moments before. 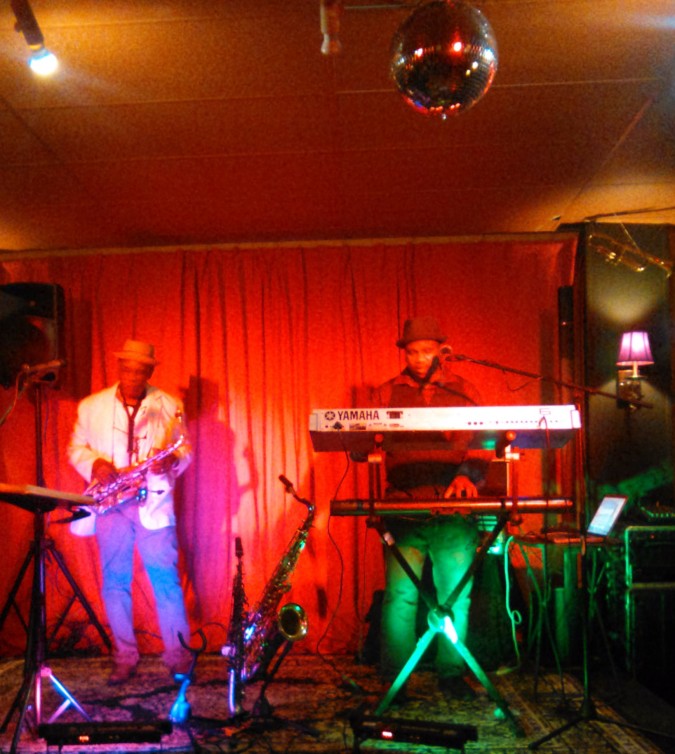 The disco ball remains from the night before at the Speakeasy

The Organ Stop, a hot spot in Mesa combining the thrill of a Wurlitzer and pizza

A non-geezer activity as it requires exercise while you drink

Okay, just kidding about the last one but you get the picture. The bigger parks like the one we’re at have club houses with ballrooms for dancing, card rooms with crib and bridge tournaments, horseshoe pitching pits (who knew there were so many old farriers still around), bocce ball and shuffleboard courts, pool tables, fitness centres, two or three swimming pools, hot tubs, tennis courts, mini golf and putting greens, dog parks, wood working shops and craft rooms. There are tap and line dancing classes, language lessons, wood carving workshops and quilting circles, golf and desert excursions, shuttle buses to the casinos.

Whew. The Dame, who some may recall is the Queen of small talk, is in her social glory but the Dude gets exhausted just reading the list. 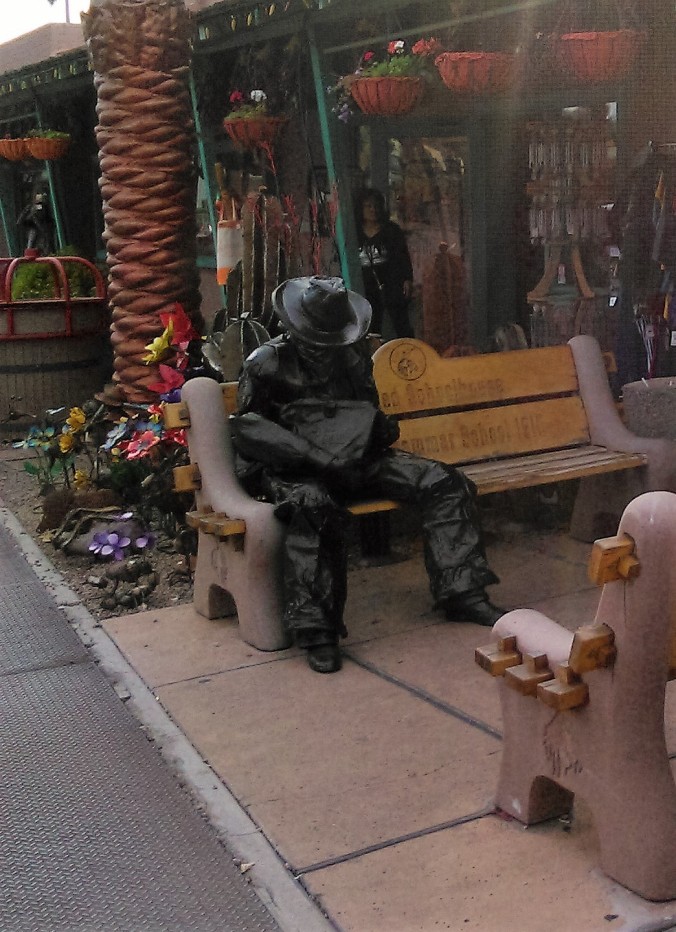 Ahhh, Easy Street, that is until you calculate the US exchange rate

The snow geezer parks put a premium on conviviality, which is important when a bunch of crotchety oldsters are living in confined spaces and reduced circumstances with neighbours on either side only a foot or two away. Your business is their business, and vice versa. It is not uncommon to wake up hearing voices and imagine dementia is setting in only to discover your neighbour and his or her codger pals are planning their active day over coffee or a shot of whiskey on the patio at 6 a.m.

Party animals commute from libation to libation along Easy Street and Paradise Alley on golf carts and bicycles in search of fun times. Good times trailers sport little flags with fluttering cocktail glasses proclaiming it to be Five O’clock Somewhere. Diehards know there will be music in the courtyard every day at lunch and in late afternoon with five dollar pitchers of beer on tap.

With so much going on throughout the day it’s not surprising the snow geezers turn in early. The daily courtyard festivities wind down with the setting sun and those who haven’t eaten at the popular four -o’clock courtyard sitting return to their trailers for a late five p.m. repast before watching the news and pulling on their sleep masks to gain strength for another active day.

Five a.m. comes early when they have to put the coffee on for their patio guests.

What’s Arizona without a gratuitous cactus shot, especially when they all have go-cups